I was talking to a couple friends the other day and one of them said, "I'm not a free-spirit like you Brenda."  What a great compliment that is for me today.  I have spent so many years trying to control everything and everyone.  I never felt "free", I always felt trapped and afraid.  It did make me think about a vacation I took in 1990 (I think that was the year).  I was going on my first vacation with the guy I had been dating for a year.  We had at that point not gone or done anything that wasn't part of a family or group event.  I was terrified.  It was a last minute trip where I had absolutely no control over anything except packing.  Our first stop was to drive straight through to Sacramento to deliver his son back home, at some ungodly hour of the night, which was perfectly normal to these people.  "Hi!  I know it's 2 am, but here's your son."

Growing up my family vacations always consisted of 7 people in a Ford station wagon, everyone in one motel room, timed and planned down to the minute.  At some point that rubs off on you, even if you don't want it to.  Needless to say, this was, initially, a very uncomfortable experience.  We loaded up our bags into the brown, Chevy, dually headed to out of Van Nuys California straight to Sacramento.  The next day it was down the coast.  No hotel reservations, plans, back up plans...nothing!

Our first stop was Santa Cruz...easily one of my favorite places.  We found a motel room and went to the Pier.  The roller coaster was a total blast and it was 1920's night and all tickets were 5 cents.  We had so much fun.  What a great surprise.  I highly recommend visiting Santa Cruz.  At this point, Brad realized that when I packed his bag, his first mistake, I packed all red t-shirts for him.  Not my intention, but I was just getting clothes in the bag.  I NEVER heard the end of that one. 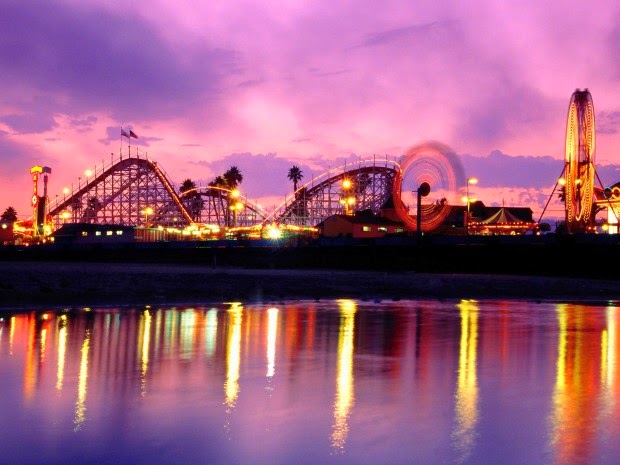 Our next stop on the way down the coast along Pacific Coast Highway (PCH) is a vista point overlooking the ocean, a blue tarp over the bed of the tuck and 2 sleeping bags.  That's where we stayed the night.  We went and picked up a tent and foam pad the next day.  We camped at a camp ground in Big Sur over looking the ocean the next night.  What an amazing place!  I could wake up to that view everyday. 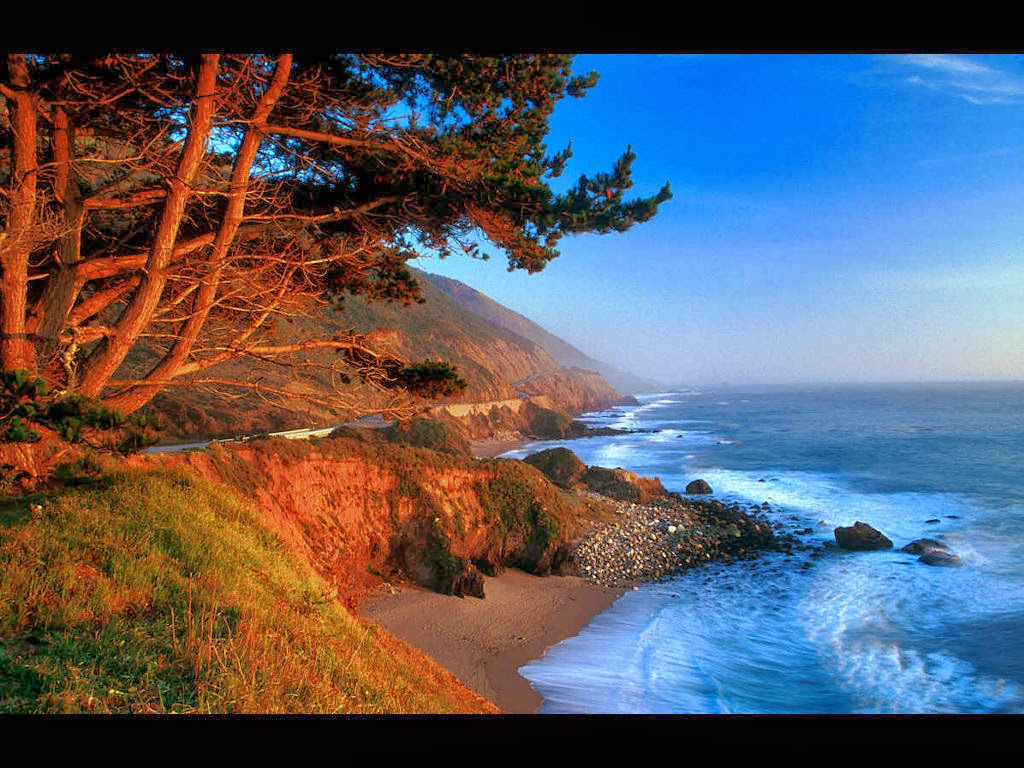 Our next stop was Pismo Beach and we camped on the beach.  That night we got there and the wind was blowing so strong and steady that we just let it blow the tarp against the truck as a wind break.  Brad grille dinner while I set up the tent.  This tent was like a kite and it took easily an hour to get it put together, staked to the ground and the bedding inside.  I came out and said "TADA!!!" and the wind completely stopped, the tarp dropped to the ground and stayed calm the rest of the night.  After the surprise of it, we laughed so hard.  There was sand in EVERYTHING, the tent, the food...everywhere. 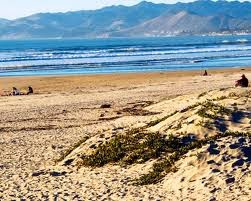 After a quick stop in Solvang, we were home the next night.  I look back on that trip with great fondness.  I learned that it will all be ok.  I don't have to plan everything and sometimes the freedom of not knowing makes for the greatest adventures.

Thank you Brad for teaching me that lesson.